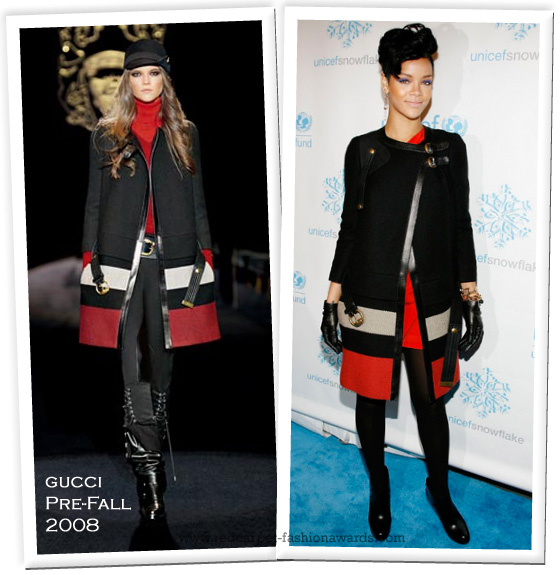 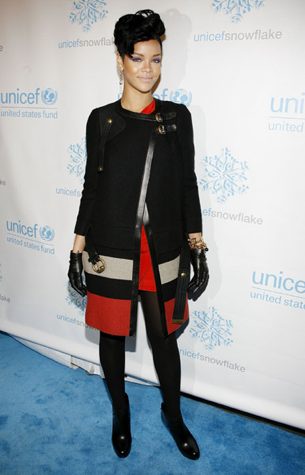 Gucci lit up New York last night with not one, but three, events. First, creative director Frida Giannini and pop princess Rihanna—the face of the label’s new Tattoo Heart Collection benefiting UNICEF—hit the corner of 57th Street and Fifth Avenue to do the honors at the charity’s annual snowflake lighting. „Both of us were really excited because we’re not even from New York!“ said Giannini of flipping the switch on the iconic 3,300-pound Baccarat crystal fixture.

Afterward, they headed to Gucci’s Fifth Avenue store, where they were joined by Anya Rubik, Erin Wasson, and Natasha Poly to celebrate the all-white, tattoo-printed handbag line, 25 percent of the proceeds of which go to UNICEF programs for orphans and children affected by HIV/AIDS in Africa. Since 2005, the limited-edition holiday bags have raised $6 million for the organization, and Giannini choose Rihanna as a spokesmodel this time around after the two met at a Gucci party in February. „Apart from her beauty and talent, she’s sensitive to the cause, so she’s perfect for it,“ said the designer. That, and the singer has several tattoos that helped inspire the collection, including a row of stars that snake up the back of her neck and that are now immortalized on the Gucci totes. „It was appropriate for UNICEF because a tattoo leaves a permanent mark that you can’t forget,“ said the tattoo-free Giannini („I’ve never been brave enough!“). To cap off the night, the ladies headed to the Oak Room for a VIP dinner that attracted Timbaland, Mary J. Blige, Blake Lively, and—to much fanfare and flashbulbs—Madonna. 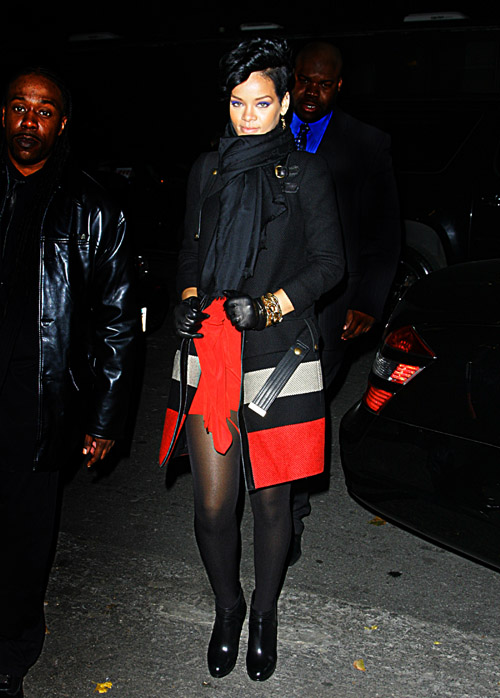